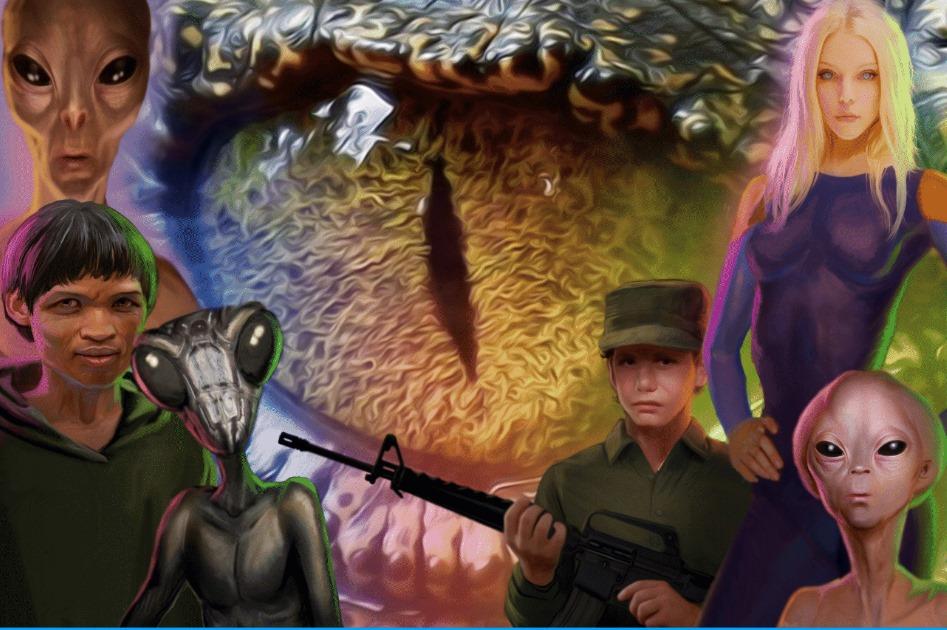 When I was being taken around the Sol System by the Mayans and Anshar we visited The Moon, Ceres, Mars, Super Federation Bases around Jupiter and Mars and finished with Antarctica. For the purposes of this summary, I am going to share what was gleaned about the Reptilians and slightly condense the information we observed from their bases/cities on the Moon, Mars, and the Antarctic. The activities at all 3 Reptilian locations were very similar. On this particular mission, we had one of our ‘cosmic cousins’ attend. Micca from the closest inhabited star system in our local stellar neighborhood was there to witness the mission and share his people's struggle to liberate their solar system. I will not touch on that in this report but will cover what we learned of the plight of Micca’s people. Micca was very emotional when observing this mission as it has not been that long since his people were in a similar position.

At this point in our reconnaissance mission, we were detected by one of the Witch Doctor Reptilians and had to move to our next location in Antarctica which were ICC and former Dark Fleet facilities that were very active and working closely with their counterparts in 3 different bases on the Moon. We were very upset and disturbed by what we witnessed and the next time the Mayan/Anshar delegation picked us all up we were worried about what we would encounter next. Thankfully we were able to receive quite a bit of hope when we traveled to the Super Federation Bases and were told about a major meeting coming up with the New Guardians that will discuss the Super Federations mandate to perform legal investigations and hold violators of cosmic law accountable at the appropriate time. Part of what the Anshar/Mayan delegation was doing was bringing the appropriate human witnesses along while they gathered evidence for these future cosmic trials. We were told these trials would occur after the Solar Event and humanity had chosen the direction for their civilization for the first time in their history. We observed some very troubling things yet were left with a tremendous amount of hope for the future of humanity and its new chapter of self-determination. I look forward to bringing you summaries of these other reconnaissance missions very soon. In the meantime, we ask that this community transmutes their fear and anger into resolve in their missions and whatever part they have in bringing physical and spiritual freedom to the planet.