Urgent Message to the Surface Population

The Light Forces are in the middle of the main offensive of clearing Chimera underground bases.

Since 1996, the Chimera has captured many Pleiadians and Resistance members, took them underground, and as their last line of defense, the Chimera are now using those hostages in dark sacrifice rituals, then capturing their soul essence and forcing them to incarnate again in another cloned body which is captured as a hostage in a Chimera base, repeating the process. This creates an immense amount of suffering and thus generated loosh is then gathered and projected with scalar technology towards the surface population.

This is a very difficult time for the Resistance forces and for the Pleiadian fleet, and they need assistance from the surface population. 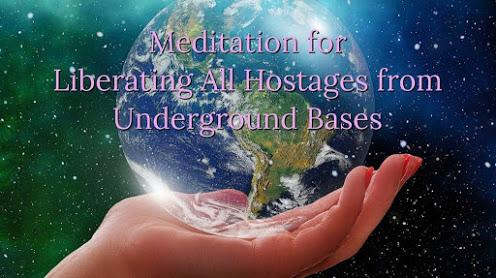 They are asking for as many lightworkers as possible, to meditate as often and whenever they feel guided, for this situation to be resolved as quickly and as painlessly as possible.

Guided audio video for this meditation has been posted here: