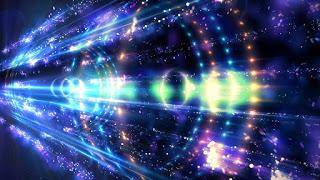 Earth has entered the Age of Aquarius and events are accelerating.

The Archons produced a huge amount of new entities over the last weeks which were specifically designed to attach themselves to the executive power so that the physical part of the Cabal can enforce its current bullying of the population in terms of COVID with greater vigor. This is the reason why parts (not all) of the police are currently acting so harshly when it comes to complying with restrictions and lockdowns.

The Light Forces are in the process of extinguishing these entities on the ethereal planes, but more importantly, the Cabal's attempt for a reconnection to the old Nazi timeline of the last century has been crushed. During an operation, the Light Forces managed to remove various occult key players of the Dark Ones from the board, players who were already responsible for the manifestation of the 3rd Reich.

So, final purpose of this timeline will not manifest anymore, even if it looks rather the other way around, but the physical plane always needs a little while until it catches up with the higher realms.

Meanwhile, the resistance on the surface is growing and a few commanders of the Light Forces have been placed in certain Avatars, mainly to wake up more people and accomplish some other missions during this important period … and although we are talking about Light Warriors here, and of course some of them know how to defend themselves physically, they are not here to produce any escalation of violence involving the normal population. 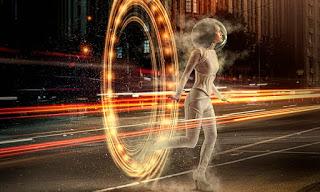 Many of these commanders are not aware of their origins in everyday life (so they couldn't take the memories with them for various reasons), they also don't replace any reptilian fake leaders and most of them are not in public life either, but there are some exceptions (so, yes, there are a few who have been on TV/mainstream media in certain countries).

However, some commanders have already left again because their mission, for example, was only to connect certain Key Lightworkers on the surface. And speaking of connecting and statements that Telegram would be a trap of the Cabal: Personally, I wouldn't say that. First of all, every messenger is hackable in some way, that is not different with Telegram, but the service is currently preferable for many Lightworkers and truthers, because the censorship is not yet as strong as with most other services.

As for DNA database, of course the Dark Ones are eager for DNA. DNA is one of most important commodity on intergalactic level and of course it would be beneficial for them to know who eventually carries specific genetic material from certain Starseed races, from certain bloodlines, etc.

As for the massive push in testing on COVID-19, there may be also another reason:

And of course, the Cabal will try a few more things to escape their inevitable fate:

However, the meditations on December 21st were very successful and have triggered major positive things, as it allowed an extremely large amount of Light coming form the Source to be directed straight onto the surface.

Many Starseeds have participated, some have made protection for all participants, some have tried to create a hole in the Grid and to keep it open as long as possible, so that as much Light as possible can come through, while simultaneously the Light Ships carried out their operations. And the energies were overwhelming as almost never before. 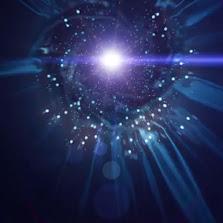 What we will experience now in the physical is, that the Cabal will push their plan with such ferocity and haste that it simply has to wake up a very large part of the population. And they won't get this part back! Even if they tighten the reins even further in the short term, it will all blow up in their faces in the end.

So, although times are hard, this process is important, because this is the fastest way to get more people out of the matrix ... it might be painful for many, but this helps people to realize that something is not right here anymore in their world they thought was fine. This also makes it easier for the Light Forces to then physically intervene. 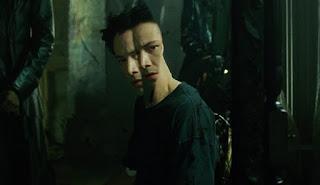 And even if some fear and panic is understandable to a certain degree, the message of the Light Forces is still to stay centred, to stay calm. But it is also important to take care of yourself, and especially not to let yourself be dragged down by the chaos that rages outside.

And what time would be better for centring than Christmas time, especially this year's very special Christmas time, when many people will really have a think. Use this time well, recharge, go into nature, connect with the Light Forces, network with other Starseeds, join the meditations ... this is important, because the density of events will increase even further, also immediately in the new year. But believe me, in the end it will have been so worth the effort.