13 rays and the Planes

As Cobra explained, the universe is a result of interaction between the Source (the principle of the Absolute), and its logical opposite the primary anomaly (contingency, senselessness). The Source intervenes in the universe to correct, heal and re-connect it with itself, using its divine will, but its power is limited by the anomaly. The universe arranged itself into various planes which are states of matter, expressing various proportions of Source presence and anomaly. Highest planes are almost completely infused by the Source, and the lower we go the more anomaly there is. The will of Source manifests itself in the universe as an organized and harmonious set of 12 rays. The central 13th ray is the Will of Source, and the other 12 are as follows (also provided by Cobra) : 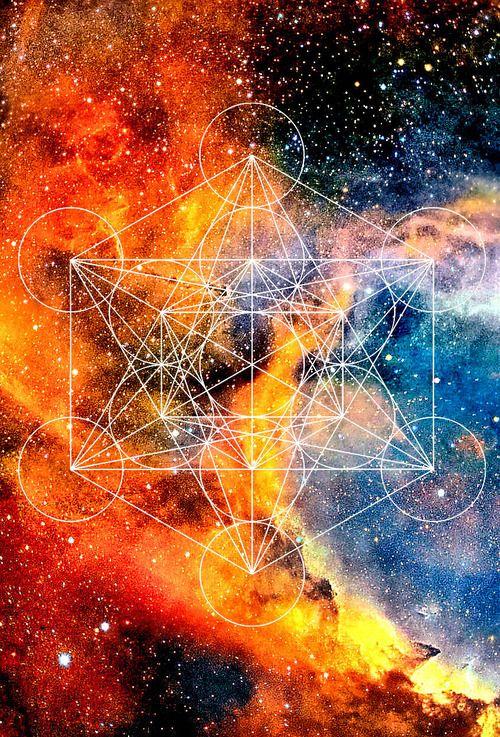 I have realized that we can connect with the rays using fire or light of the corresponding colors. You are probably already familiar with the 7th ray, the Violet Flame, and the 10th ray the White fire of AN. We can use all other rays in the exact same way.

These rays are the original archetypes of the 12 zodiac signs. However the veil distorts the energies of the rays as they reach Earth so most people experience them in a distorted more negative version. We can help this by connecting to the original positive archetypes. These 12 archetypes are present throughout the universe, each constellation and star system anchoring a specific ray, while also all rays being present in each solar system. It's a very well organized and intricate fractal system. For example our well known 12 constellations transmit the 12 rays, while other constellations transmit them through other parts of the galaxy. Our particular solar system anchors the second ray, in other words that is the dominating ray here, and at the same time all rays are present inside this solar system anchored by the various planets. We find the same fractal system in individuals, each being having specific rays as their dominating energy, while also having all 12 present inside each being. Soul families are also organized with soul mate groups being composed of 12 beings corresponding to 12 rays.

We need to remember that the Source is not an external consciousness that exists somewhere outside of us in the sky or on a high plane. It is not a creator God but more like a principle, the original principle, original cause of all that exists. We can not really touch it by description but it is everywhere and we are incarnations of it as it is our deepest purest aspect.

The higher the plane, the less everything is differentiated, the more everything is flexible, unified, cohesive and harmonious. In other words, the less anomaly there is, the more creation reflects Oneness. So we are truly all One presence of Light in the highest plane. Up there we find the highest aspect of our higher selves, which are actually all a cohesive and organized whole, so we could say, instead of my higher self or your higher self, it is our higher self. As we start to go down the planes a little, in other words to densify matter a little, this one unified whole starts to become more differentiated and we can distinguish more and more several aspects, which are still organized as a cohesive and harmonious whole. We can see there that various higher selves are embodiements of these 12 rays as their essence, so each ray is embodied by a specific Archangel, as we have seen before the 7th ray is embodied by Zadkiel, and the 10th by Metatron. We can understand here that St Germain's higher self is also an embodiement of the 7th ray. These two rays have become more known and used on this planet as they have been more needed because of their transmutation properties, since we are during the process of planetary purification (rays 2, 8 and 9 also have strong healing and transmutation properties, among others).

As incarnations of Source we are invited to anchor the rays into this reality by using them in our lives and for the planet however we feel guided, to help heal this world, re-organizing it into a harmonious whole.

As we go down the planes more, everything gets more differentiated progressively, and I will quote here Annie Besant in her description of the mental plane, which is the plane where the separation between higher self and lower self/personality is, the higher mental being part of the higher self, the lower mental part of the personality, from her book 'Man and his Bodies', which I think is very useful in understanding this principle :

"[The mental body] does not, like the astral body, become a distinct representation of the man in form and feature when it is working in connection with the astral and physical bodies; it is oval - egg-like - in outline, interpenetrating of course the physical and astral bodies, and surrounding them with a radiant atmosphere as it develops - becoming, as I said, larger and larger as the intellectual growth increases. Needless to say, this egg-like form becomes a very beautiful and glorious object as the man develops the higher capacities of the mind: it is not visible to astral sight, but is clearly seen by the higher vision which belongs to the world of mind. Just as an ordinary man living in the physical world sees nothing of astral world - though surrounded by it - until the astral senses are opened, so a man in whom only the physical and astral senses are active will see nothing of the mind world, or of forms composed of its matter, unless mental senses be opened, albeit it surrounds us on every side.

These keener senses, the senses which belong to mind world, differ very much from the senses with which we are familiar here. The very word "senses" in fact, is a misnomer, for we ought rather to say mental "sense." The mind comes into contact with the things of its own world as it were directly over its whole surface. There are no distinct organs for sight, hearing, touch, taste and smell; all the vibrations which we should here receive through separate sense-organs, in that region give rise to all these characteristics once when they come into touch with the mind. The mind body receives them all at one and the same time and is, as it were, conscious all over of everything which is able to impress it at all.

It is not easy to convey in words any clear idea of the way this sense receives an aggregate of impressions without confusion, but it may perhaps be best described by saying that if a trained student passes into that region, and there communicates with another student, the mind in speaking speaks at once by colour, sound and form, so that the complete thought is conveyed as a coloured and musical picture instead of only a fragment of it being shown, as is done here by the symbols we call words. Some readers may have heard of ancient books written by great Initiates in colour-language, the language of the Gods; that language is known to many chelâs, and is taken, so far as form and colour are concerned, from the mind-world "speech," in which the vibrations from a single thought give rise to form, to colour, and to sound. It is not that the mind thinks a colour, or thinks a sound, or thinks a form; it thinks a thought, a complex vibration in subtle matter, and that thought expresses itself in all these ways by the vibrations set up. The matter of the mind world is constantly being thrown into vibrations which give birth to these colours, to these sounds, to these forms; and if a man be functioning in the mind body apart from the astral and the physical, he finds himself entirely freed from the limitations of their sense-organs, receptive at every point to every vibration that in the lower world would present itself as separate and different from its fellows."

The mental body, though egg-shaped usually, can remould itself into various shapes as desired, if one has enough developpement and mastery on that plane. This description of the mental body as a much less differentiated and more flexible form than the physical should help to picture how, on other planes above it, everything is even less differentiated and more flexible. Our higher self does not look like a fancy humanoid body, it is instead a presence of Light which is beyond the world of forms, so when we say that we are beings of Light it has a litteral meaning in that sense.

Usually Star seeds, since they are souls coming from higher planes who came down into the lower planes, have more developped higher bodies, but sometimes less mastery of the physical world. This reflects in how many lightworkers can have more elaborated and clear mental understandings and ideas and astral aspriations and desires than the average human, but these have often not managed to manifest into the physical reality. This is also very much due to the fact that etheric and plasma planes on this planet are very infected with darkness which intercepts manifestation as it is on its way down into the physical. Here it is essential to have strong discipline of purification and ethics on all planes, and sticking to the manifestation process of creating on all planes from above downwards successively.

Most of humanity, non Star seed souls, have evolved from lower planes upwards. So we can see through human history that, thanks to assistance and impulse from the Light forces, human society has learned progressively to develop various bodies, the astral body had a main breakthrough in late 1700s with manifestation of ethical principles such as the declaration for the rights of man and several nations constitutions, mainly brought about thanks to St Germain, and later around the late 1800s more development of the mental body came about, with the industry revolution and teachings brought by original Theosophists. Although the dark have kept interfering and hijacking, there has been clear and definite progress nonetheless. Now we are, on a planetary level, working towards the next plane, which is crossing the mental membrane into the planes of the higher self, which will bring about the biggest and most definite changes. This is the most important transition which will end the division between lower worlds of duality and darkness on this planet, and higher planes of Light and Oneness, bringing a downpour of Light into the lower planes, ending darkness and ushering reality of pure Light in all of creation. This process could be described as starting to build the bridge connecting lower planes and higher planes, so called antakharana or rainbow bridge, on a planetary level. Each individual developping their own connection with the higher self affects the planetary energy field and helps in that process. Also the Goddess Vortex technique by Cobra (and the rainbow vortex we visualize during sunday Ascension meditations) assist that process, as well as many other forms of Lightwork. 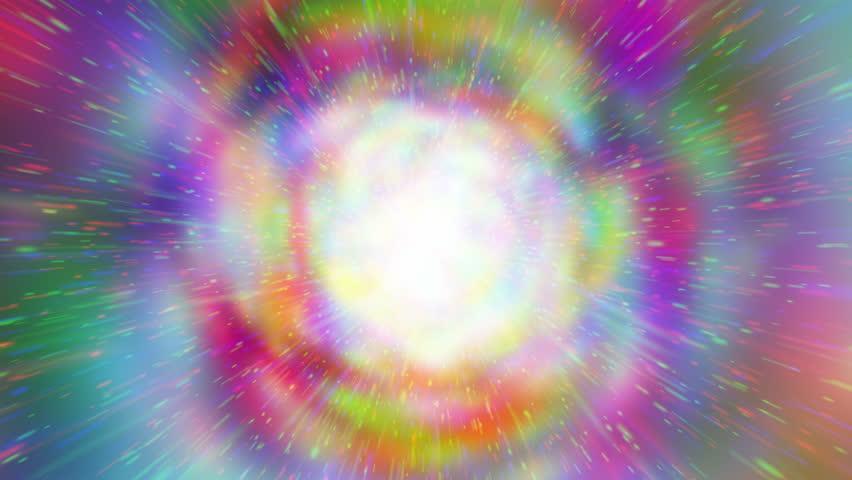