I have received instructions to reveal some occult information to the public.

This is the first among several blog posts that will reveal to the general public some positive groups that have never been revealed yet and have worked towards the liberation of the planet, some of them for millennia.

The first of those groups is the White Nobility. During human history, not all aristocratic families have associated themselves with the Cabal. Many have resisted passively, some even actively. Noblesse oblige was not an empty phrase for them but an actual imperative to help the less fortunate remainder of humanity. The most famous among White Nobility families are the Medicis that helped to bring about the Renaissance which laid the foundation of our modern world.

Common ground for all those noble families is the occult tradition that goes back a few millennia into the mystery schools of ancient Rome, Greece and Egypt. Mysteries of the Goddess are their greatest secret and their main occult weapon against the Cabal. Many of White Nobility families have a strong connection with Mary Magdalene and the Grail mysteries and are connected with positive Templar groups. 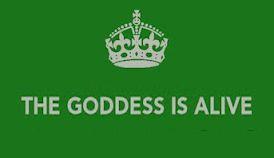 Black Nobility families that are associated with the Jesuits are allergic to the Goddess energy. They would like to wipe it out from the surface of the planet and have tried to do so many times. Members of families such as Pallavicini, Orsini, Massimo, Borghese, Aldobrandini, Colonna, Pacelli, Odescalchi, Ortolani and Luzzatti are receiving their orders directly from the Archons and are at the core of conspiracy against the Goddess. They are waging an occult war against the White Nobility families that are trying to spread the Light and support feminine qualities such as compassion, receptivity, creativity, love…

Rothschilds are nobility wannabes (their lineage goes less than two and a half centuries back and they come from Bauer family which is German for farmer) and do not understand completely the occult war that is going on in the highest circles as they are left out of the information loop. They are too immersed into the physical matter as well. Meanwhile, Rockefellers are plain commoners and do not have the slightest idea about what is really going on.

Most of the White Nobility families are now located in Italy and serve as a counterforce against the Black Nobility. They have lost most of their wealth in the last two centuries, but their positive occult tradition is still very much alive. Their names must not yet be disclosed to the general public, they work tirelessly in the background for the benefit of humanity. They are not associated directly with the Savoy family as some people think. Some of them are involved with creation of the new and fair financial system that will replace the current one very soon, another group is focused on revealing occult knowledge of the ages. I have received instructions from the Resistance to involve White Nobility in Operation Dreamland that is part of the Plan for the planetary liberation. Those among them who are interested in becoming part of this can contact me at cobraresistance@gmail.com . Victory of the Light!