Grid Ratio between Light and Dark

The purpose of this post is to explain the balance of power between the Light and the Dark forces on this planet as a response to some comments in my blog. Further comments and questions are welcome but please with clear logic and without the emotional drama of “Cobra’s clones”, “shills for Rockefeller” and “disinformation agents.”

Light and Dark are equal and opposing forces and this is the reason for the status quo. The Dark are prevented from carrying out their plans of putting everyone in their FEMA camps, starting WW3,... because the Light are opposing them. The Light are prevented from implementing NESARA, introducing free energy,… because the Dark are opposing them. This situation can only last until a certain point when the compression breakthrough will happen, the Light will win and the Dark will surrender / be defeated.

Positive ETs have technology to block the nukes from the distance in most cases. The reason why they can not block all of them is quantum foam anomaly on this planet that can sometimes cause their advanced technologies to malfunction (remember Roswell UFO crash). Therefore some of the remaining nukes need to be cut off from the Cabal by Resistance ground personnel. The Rothschild and Rockefeller factions had full access to nuclear weapons until December 2011. Only after that problem was solved in January 2012, the Plan for mass arrests could move forward. The Jesuit faction had some access to nuclear weapons until a few days ago. Only after that was solved, real negotiations for the surrender of the Cabal could start taking place.

The Cabal is now weakened but not yet without power. They still have access to conventional and also some chemical / biological weapons. 20% of the military and at least 40% of the general population is still supporting them. They still have full control over the media and their Rothschild banking casino is still open. Even if the positive ETs intervened this moment, they could not block all negative actions of the Cabal against the general population. Imagine what just one massive attack with chemical weapons would do. 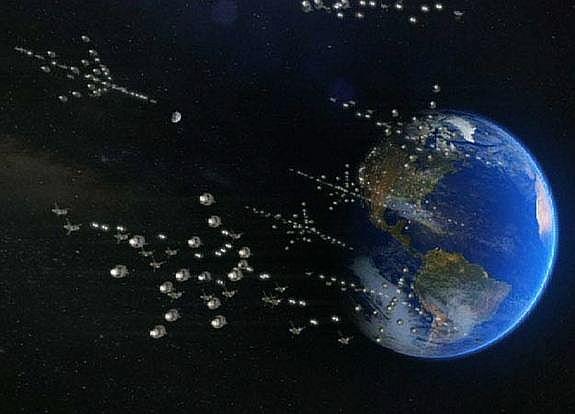 The other factor here is the deeply ingrained fear in many of the positive ET races. They have been through their share of the galactic wars and to tell you the truth, they do not like the idea of being involved into something like that again. The Pleiadians have clearly stated to me that they will massively appear only after the Cabal is removed. They are happy to assist, but only from a distance. I had great problems years ago getting them more actively involved in the liberation of this planet.

Liberation of the planet would be much simpler if the general population would not be so deeply programmed so they could cooperate with the Plan. The key here is to take control over the mass media from the Cabal. Therefore this is the first condition for their surrender.

Also, through the control of the mass media the Cabal wants to create an illusion that nothing is happening to discourage people from actually doing something to speed up the changes. Actually much is going on in the background, as me, Drake and Fulford are reporting.

If you want to actively participate in the change (apart from the mass meditations) I have a suggestion: it would be nice to gather information about the top players in the Cabal, who they are, what they did, where they live, their addresses and phone numbers. For Rothschild and Rockefeller factions, this information is quite easy to get and it would be good to post it somewhere on the internet in a clear and concise way. When they are exposed, they will cooperate in negotiations even more and will be less prone to dirty tricks.

Further explanation about the votes on this and other websites: the purpose of the voting is not to decide the future of our planet, but to give the Light forces an idea of what people want so we can negotiate better.