Clarification about the State of Affairs

Mass arrests WILL happen, and it is fairly likely that they will happen within the Window of Opportunity:

The fact that some messengers have been involved in conflicts with each other does not mean that the operation has been stopped or cancelled. The operation is still proceeding in the background without disturbances. Be aware that these are monumental changes and they will provoke some reaction. It is true that all messengers and key players will still be tested by the Archons and other non-physical entities. It is true that people might still be confused. But it is also true that operation for liberation of the planet can not be stopped, it can only be delayed to a certain extent. And I will try to bring as much clarity as possible through this website with further intel.

Physical contact with positive ET races can only happen after the Cabal is removed. When that happens, I will start posting direct intel (not channeled information) from the Pleiadians with instructions for the First Contact. 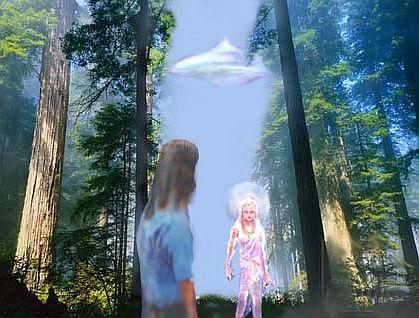 There are no Ascended masters or other completely enlightened beings publicly reachable on the physical plane of the surface of this planet right now. The Ascended masters can contact you through your Soul contact and inspire and guide you directly through your connection with the Source. Your connection with the Source should be your ultimate guidance. All external sources of information are to be used only after you checked them with your Source connection.

You need to distinguish between Law of manifestation and Law of karma. Law of manifestation states that we co-create our reality with our thoughts, emotions and actions and is part of the Light teachings. Law of karma states that we will suffer consequences of our past actions and that our past actions are debt that has to be paid off - this is part of mind programming teachings of the dark.

Implants are crystals that were put into etheric and astral bodies of every human being on planet Earth by the Archons and their minions with the purpose of lowering the consciousness and keeping control. All implanting sessions have stopped in January 2010. After that time, the implants are slowly dissolving but it would be much more efficient and faster to consciously remove them. You can ask the Ascended masters, angels and other non-physical beings of Light to help you remove them.

Closing of Tomari nuclear plant in Japan was not a consequence of World Liberation Day, as some people misunderstood me. Rather both events (World Liberation Day and closing of the nuclear plant) were part of the same consciousness stream that leads to our liberation. Both events were in preparation days before May 5th and then manifested at the same time as a synchronicity.

Cameron Day made such a brilliant comment about Archons and their minions as a response to my article that I will repost it here for all to see:

I call them ankle biters as a metaphor to a flea (or mosquito, or any blood-sucking insect) that lands on your ankle and bites it. They're annoying, but not life-threatening. They are pesky parasites, nothing more. Same with these beings.

However, they have been in near total control of this density and the souls incarnated within this planetary sphere for a very long time.

One example as it relates to the "Lords" of Karma that were mentioned earlier: The "light review" is set up to show a person all of their guilt and regrets, then solemnly offer them a chance to come back and "get it right" in the next life. This is a scam that just keeps feeding more energy into their entropic system. The game is rigged to make a person feel like they've failed so they will WANT to come back. Remember, we are dealing with the most clever manipulators in the universe...

So yes, I'm calling out the "Lords" of Karma as parasitic beings who are perpetuating the system of enslaving and farming humans as an energy source.

I wish this was old information. I'd love to be writing about the ankle biters and their control grid in the past tense. However, it is still very current. Lightworkers all over the world are experiencing psychic attacks, and suppression at this very moment.

If the channels who tell us that all the controlling beings on other densities have been removed are correct; that there are only a few nasty humans left to deal with on Earth, then no one would be encountering the "frequency fences" and other suppression methods that are pushing us back down. Consciousness would be rising so fast that even the barely-human cabal would feel a difference.

This information is coming out because it NEEDS to come out. This is the time of the great revealing, and ALL that has been hidden will be made known.

Imagine if EVERYONE on earth was wise to the presence of the ankle-biters, and knew how to repel them. These beings require secrecy even more than the human cabal. They require us to be afraid of them. Calling them ankle-biters helps a person to laugh at them instead of being afraid.

There is truly nothing to fear -- the worst these parasites can do is make you feel uncomfortable via psychic attack, and drain some of your energy. You can reclaim that energy, send their attacks back to them and have them "arrested" by the true Forces of Divine Light.

If even just a million humans were aware of these parasites and actively countering their manipulations, they wouldn't last long. I'm fairly certain that their remaining time in power is quite short already.