India is in the center of a big secret inside debate. On one side the largest democracy of the world is enthusiastic to make clear to its people and to the world concerning the current contacts with the UFOs and extra-terrestrials. On the other hand there are invisible innumerable international protocols that forbid doing anything that may cause worldwide fear and panic.

It is well received between the UFO and extra-terrestrial experts that all the five nuclear powers are in touch with the beings from other stars for pretty long time. Freshly India has seen huge news on UFO links and secret UFO bases in Himalayas near the Chinese bases. In Ladak, for instance the locals undoubtedly point out the day by day occurrence of large triangular spacecrafts coming out below the ground and Indian security forces defensing them.

The present debate is on whether to keep it secret like other countries are doing or in custom of a total see-through society come out and tell the truth. India is so loose and democratic; it is very hard to keep a secret for long. The major anxiety of the Government today is that unlike other countries, it will be very difficult to keep it secret much longer. If the information comes out through unauthorized channels first and then the authorities are pressed against the wall to confess, two bad things can happen. First, it can actually cause a panic in the country as well as the world. Second, the way the Indian politics is run, the ruling party will be thrown out of power in no time. 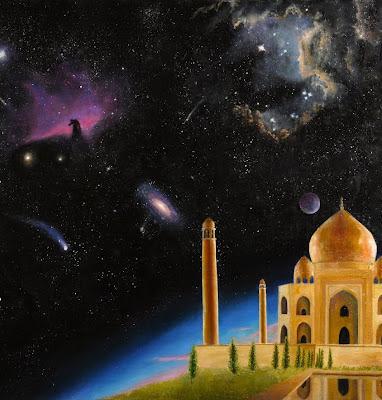 The current hurry of world leaders to India is extraordinary. Starting from Russian President Putin to major Senators from America have visited or are preparing to visit India. European Union is in deep conversation with India on cooperation. All sanctions against India’s nuclear programs and Indian Space Research Organization are in the process of being lifted. India is cooperating with Europeans and the Americans in space explorations and technology research program. India is also part of World Trade Organization.

India is getting major outsourcing contracts in IT and call-center service work from America and Europe. India’s Forex reserves are at a level never predictable before because of international direct investments from Western nations, Japan, Korea and others. Fascinatingly, China the curve competitor of India distorted its posture in the last few years to make India’s friendship and trade a precedence. India is slowly getting to the point when it is established as a permanent member of the Security Council. All the five Security Council members China, America, Russia, France and UK support India’s addition.

According to sources close up to the Government, the UFO contacts are known by quite a few politicians in the opposition and of course by those who are in power.

The military has justifiable concern of not letting the secret out either.

Lately, India’s foreign affairs minister Mr. Natwar Singh came out and whispered that for India it was not essential to become a nuclear power. He is a strong follower of Mrs. Indira Gandhi, India’s former Prime Minister who initiated the nuclear program in the mid sixties.

India first exploded a nuclear device in Pokhran in the early seventies. The whole country including people from his own party questioned Mr. Singh for such an irresponsible statement. But on analyzing his statements, it is evident, that based on what he knows now, being a nuclear power really does not matter much because the technologies controlled by the extra-terrestrials are so advanced that all our technologies mean really nothing. But importantly he may be irritated with this controversial ongoing secret debate and what he really meant was that if India was not a nuclear power, the debate on UFO and extra-terrestrials will never be there in India.

In 2002 the Pleiadians told me that they built an undeground UFO base in the Himalayas near India-China border. This base is situated near Kongka-La in eastern Ladakh. More about it here: