Clearing of the Chimera group continues. The war between Light and dark forces for Chimera underground bases is at its peak, and the decisive battles ending in Light forces liberating the bases are expected to occur soon.

The Chimera underground complex which extends below the central part of eastern Congo and below most of Rwanda and Burundi has not been liberated yet, and hostages captured there and in other bases still need our assistance with meditation:

This underground war precipitates to the surface as earthquakes and volcanic eruptions: 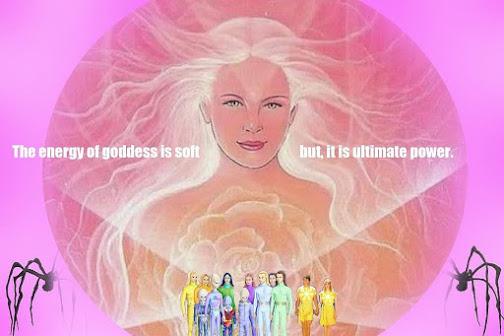 Galactic Confederation fleet, especially Ashtar Command, Pleiadian and Sirian fleet, are moving closer to the surface of planet and Mjolnir (quantum cannon) weapons are now deployed in Near Earth Orbit in icosahedral formation to continue clearing quantum anomaly and all dark force exotic weapons in all surface and subsurface layers of the planet, physical and non-physical.

Mjolnir is particularly targeting etheric scalar weapons grid which was created by the Orion dark forces during the invasion of 1996.

Scalar waves are produced when two opposing waves of the same frequency exactly cancel out each other:

They can be misused to create strong etheric fields that can capture souls after they leave their physical body through the death process, and this capture is exactly what happens to most humans on the surface and most hostages in underground bases.

As Light Forces progress toward the surface, the dark are attacking key Lightworkers with those scalar weapons, falsely hoping that this will slow the progress of the Galactic Confederation fleet.

The main thing slowing the progress of the Confederation fleet is the so called subquantum anomaly. Subquantum anomaly is the part of quantum anomaly which extends throughout the whole universe on scales smaller than Planck length (10 e-35 meters) and can not be detected by any means, according to the so-called trans-Planckian censorship conjecture:

This practically means that the Light forces can not detect it, even in their Ascended state, they can only guess its effects after it begins to influence objects larger than Planck length, so basically all particles and waveforms in our universe. The Orion dark force scientists have learned through experiments spanning many millennia and sometimes even millions of years how to trigger subquantum anomaly to produce anomalous effects in our universe. Throughout the universe, this can only produce a very thin quantum fog, whereas close to the surface of this planet it triggers serious quantum anomaly which significantly hinders the progress of the Confederation fleet and also significantly decreases the efficiency of the Light forces in general. They are now fully addressing this problem and there are already signs of progress. 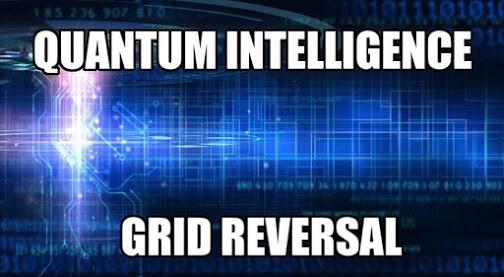 The most dangerous phase of the planetary liberation war lasted from December 2017 to May 2021 and things are finally beginning to look a bit better now, although the danger is far from over.

As a positive sign on the surface of the planet, the Syrian goddess vortex shows signs of healing:

There are some signs of escalation again, and if they persist, you may continue with the above meditation if you feel so guided.

Mainstream media are finally beginning to talk about the laboratory origins of covid:

Which was created in cooperation between China and USA:

It was created as a trigger defense mechanism against the progress of the Light forces in planetary liberation, and dark forces are threatening to release more viruses if Light forces continue to progress:

Anthony Fauci, Bill Gates and others are being exposed for their role in the creation of the pandemic, and will answer for their crimes against humanity:

Fauci threatening people wishing to expose him will not stop the exposure:

Connections between Bill Gates, Jeffrey Epstein and Ghislaine Maxwell are being explored:

Here it is interesting to note that Robert Maxwell, Ghislaine's father, was involved in the PROMIS scandal which included putting backdoors in all Windows based computers on the planet, feeding data to Israeli intelligence agencies:

PROMIS software is now outdated and has been evolved further, livestreaming data about the surface population:

This data is being processed by the Israeli Intelligence agency, called Unit 8200, at Urim base:

And by NSA here:

Both Urim base and Utah data center have been hacked by the Resistance on June 8th and that led to internet outages worldwide and to some speculations:

And protein based bioweapons for mind control:

The spread of many rumors and disinfo on various internet sites has reached such proportions that some of those items need to be addressed.

First, Ashtar is a being of Light, there is NO negative Ashtar Command and they are NOT involved in any kind of betrayal whatsoever.

Second, Med beds will NOT be introduced to the surface population before the Event, and they are NOT related to Tachyon chambers whatsoever.

Third, the only true Tachyon chambers are listed on tachyonis.org website, and many other people claiming to build tachyon chambers or even handing out plans for those chambers are not telling the truth. On the surface of this planet, a functional tachyon chamber needs a quantum uplink to an orbiting satellite or a space station.

There is a certain project involving tachyon chambers, and those owners of the tachyon chambers who wish to participate, can contact cobraresistance@gmail.com. They need to be aware that in order to participate in the project, their chamber will not be available for regular healing sessions for at least a few months. Participation in this project is completely voluntary.

Fourth, a brief disclaimer. I am not involved in any activities whatsoever of a person named Manuela Tayara, nor is she receiving any instructions from me.

Fifth, Sisterhood of the Rose groups still need to be formed worldwide, to anchor as much Goddess energy as possible.

And most importantly, the Light Forces have communicated that energies of wars that were fought on the surface of the planet through millennia finally need to be healed, and souls still trapped in the war trauma released.

For this reason, cintamani stones need to be planted in the positions of all main past battlefields:

Light Forces have also communicated that the timeline of Thirty Years War (1618-1648) needs to be healed, and cintamani stones need to be placed into the key areas and battlefields of this war, as this was one of the most brutal conflicts in human history:

With this timeline node resolved, a lot of healing energy will be released on the surface of the planet.

Victory of the light!