Universe beyond our Solar system is already experiencing vast restructuralization as it is already entering the new cosmic cycle, when all creation will become aligned with the One.

Meanwhile, our Solar system and especially planet Earth is still experiencing the final purification of primary anomaly. Now all focus is on planet Earth which is experiencing a strong planetary initiation during 2020: 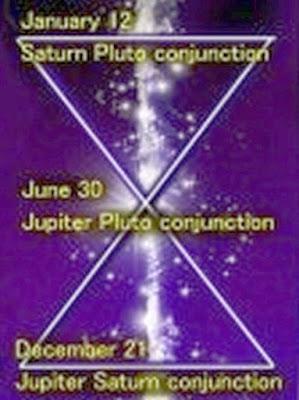 Dark forces are trying to misuse the energy of this planetary initiation by subjecting humanity to Corona occult ritual:

You can counteract the effects of this Corona ritual by reframing it. You can reframe isolation/ social distancing into meditative retreat, you can reframe hand washing into spiritual purification and you can reframe mask wearing into occult silence which is always needed before the initiation.

By doing so you can shift the energies of the negative Corona ritual into positive energies of spiritual initiation /breakthrough.

Inside our Solar system, planets are orbiting around the Sun and are creating interference patterns in the plasma field that significantly influence situations on this planet:

The first one is Mars stationary/retrograde, which will form challenging aspects to Saturn, Pluto, Eris and Black Moon (Lilith): 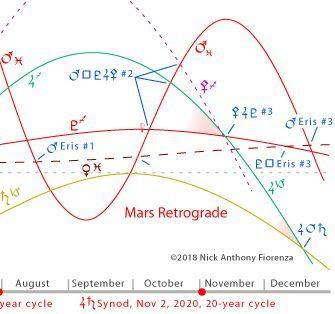 This will bring many delays, frustrations, violence and suppressed anger boiling over.

The first manifestation of this configuration was the explosion in Beirut. It was a plasma nuclear explosion which was done with the purpose of destabilizing Lebanon:

The real orchestrators of this attack are the Black Nobility families and the Jesuits. It is interesting to note that Peter Hans Kolvenbach, former Jesuit superior general, who was the man in charge of the Fukushima 3-11 operation, lived and died in Beirut:

It is also interesting to note that Beirut is the site of the Goddess Vortex of Nymph Beroe, which is one of the main vortexes Jesuits want to destroy:

Underground tunnels discovered below Beirut lead to “far away places”:

Jesuits are also using this challenging Mars energy in their attempt to create a war between China and USA:

They are using this Mars energy to polarize USA further:

This Jesuit strategy can actually backfire as soon as the negative Mars influences are neutralized. I am not at liberty to say when will that be:

Jesuits and Black Nobility families are using this energy to promote lockdowns in preparation for their New World Order plans:

Their lockdown narrative has only one problem-Sweden:

The third key astrological aspect of the next few months is heliocentric Eris-Pluto square. This energy brings many valuable lessons to the Light Forces that want to liberate this planet. They are finally beginning to understand the degree and level of suffering and anomaly present here.

Process of clearing the Draco fleet has reached the point when the Light Forces are finally able to reach the surface of the planet with their positive quantum Mjolnir technologies and assist the Lightworkers and Lightwarrors. A special Surface Task Force has been formed on the motherships of the Light Forces, with global teams working on the planetary energy grid, and personal teams working on assisting the individual Lightworkers and Lightwarriors, monitoring and evaluating their development and preparing them for Contact. 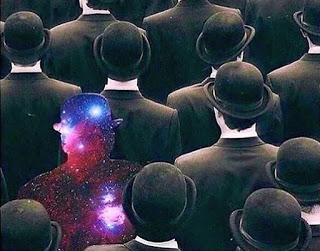 For emotional healing, you can keep using Command 771 protocol:

This gives a huge strategic disadvantage to the Draco, and they will not be able to execute their plans. They were planning to let the Cabal install their New World Order to enslave humanity, then invade the surface of the planet, kill the Cabal and rule over their human slaves:

There are many things happening behind the scenes that I have no clearance to report, and many new elements will enter the scenario since the beginning of November. As we come closer to that time, I will be able to say more.