The purpose of this update is to provide clarifications of the Bubbles of Heaven article to the surface population.

First, the six phases of a phase transition will be explained in more detail. Each of those phases is a complete stage of a planetary Ascension process and is estimated to last somewhere between a few months to a few years. This is as close as you will ever get to an answer to your question “when will the Event happen?”, on this blog. 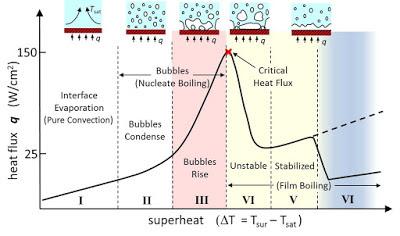 The first phase of phase transition is called Interface Evaporation phase. This phase started in 2012 and ended on January 21st, 2019. Interface Evaporation phase means that thermal flux (in our case energy from the Galactic Central Sun) is administered to the interface (in our case the surface of the planet) and creates a convection current above the interface surface (this equals the awakening of the surface population between 2012 and 2019).

The second phase of phase transition is called Bubble Condensation phase. This phase started on January 21st, 2019 and is now ongoing. This phase means that enough thermal flux has been administered to the surface to allow pure phase transition from liquid water (matrix society) into water vapor (galactic society) in some extremely small and isolated areas on the surface. During the Bubble Condensation phase, those Bubbles of Heaven emerge, repattern and reorganize in full accordance to the Ising model: 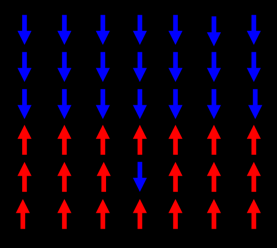 During this phase, the Bubbles of Heaven get slowly and progressively larger with less entropy, whereas the surrounding matrix society gets progressively more unstable with more entropy.

This is precisely the reason why some people are guided to put less attention to outer daily politicking and more attention to inner spiritual growth:

The third phase of phase transition is called Bubble Elevation phase. This phase sees the thermal flux from the Galactic Central Sun rising exponentially, with more and more Bubbles of Heaven actively forming and matrix society actively collapsing, until the thermal flux peaks at the moment of the Event.

The moment of the Event is the moment of critical thermal flux, the matrix society collapses, the Contact is made, the entropic elements of the old society are swiftly removed, and we enter into the fourth phase.

The fourth phase is called Unstable Film Boiling phase. Bubbles of Heaven have connected on the surface of the planet into a stable network (film) which forms the backbone of the new society, whereas the society itself as a whole is unstable, but processing, integrating and stabilizing. Islands of Light are being fully formed with active Contact.

The fifth phase is called Stable Film Boiling phase. Islands of Light on the surface of the planet become active conversion/inversion zones through which individual and group Ascension process is taking place. First Ascension wave with thousands of people ascending takes place. Some of them return to the surface as Ascended beings and prepare the second Ascension wave with hundreds of thousands of people ascending. Some of those return to the surface and prepare the surface population for the third wave.

During the fifth phase, the surface population fully integrates new advanced technologies and is healed enough to accept the Light as a whole.

The sixth phase is called the Final Flash phase. Phase transition is complete. The Galactic Central Sun triggers the Solar event and the planetary polar shift. Millions of people ascend in the Third wave and the rest of humanity is evacuated from the surface of the planet into the Galactic Fleet which transports them to a suitable planet in the Pleiades star cluster which will become the new home for humanity.

At that moment, the surface of the planet is hit by a tsunami which washes the planet clean. The only areas unaffected are Islands of Light, which are populated by advanced star beings, many of them being YOU. Then, the New Atlantis is being built on the New Earth.

Now that you have more understanding of the overall plan, it can safely be released that the Light Forces have completed the construction of an underground base below northern Taiwan, which can accept 3 billion people. A similar, but smaller base is being built in a certain location in Central Europe, and another one at a certain location in South America, with another one planned for Africa. These bases may be used as evacuation options.

You need to understand that what we have achieved on January 21st is huge. Bubbles of Heaven are the first signs of a totally new reality which belongs to the new cosmic cycle:

Whenever you align with the Light, your life will be easier and easier. Whenever you focus on the old world falling apart, things get worse again.

Time now does not favor intel junkies. It favors people who take their life in their own hands. Whatever your life situation now is, you can turn it into something much better in a few years or less, if you really dedicatedly work on it, regardless of the timing of the Event.

Kindergarten reactions and comments to some aspects of my previous article were predicted, expected and deflected. The mission continues.

Also, some people have absolutely no idea what they are talking about when they rant about the Resistance Movement coded messages, distributing nonsense over the internet in obscure youtube videos. It is so beyond their level of understanding as quantum mechanics is above the level of understanding of an average Rhesus monkey.

The Pleiadians are actively monitoring, evaluating and encouraging the progress of awakening of the most aware part of the surface population, and sending detached but loving energy to everyone else.

Just 30 minutes before our mass meditation, Semjase has arranged a “meteor flash” on the Moon. The astronomer detecting the flash “had a feeling that this will be the time” and prepared the telescopes in advance:

This was a certain signal from Semjase, meaning of which can not yet be revealed to the surface population.

Let me just say that a few days later, GSSAP, the Geosynchronous Space Situational Awareness Program, has been forced to rearrange the orbits of its surveillance satellites as a response to the activity of the Pleiadian fleet.

The Resistance has communicated that all intel about toplet bombs is now deep black. The only thing that can be said is the toplet bombs are not removed yet, but are losing power gradually.

The Resistance has also said that most people who volunteered for Entry Protocols are far from being ready, and certain “social dynamics” articles and workshops will be released to the surface population to increase preparedness.

These will also be released to prepare people to create and expand Bubbles of Heaven and Islands of Light.

The first one will be Soul Families workshop which will be taking place in Budapest, Hungary on March 16th and 17th. You are more than welcome to join us:

Hungary is one of the most important Goddess Vortexes on the planet, since the creation of Lengyel and Tisza neolithic Goddess cultures: 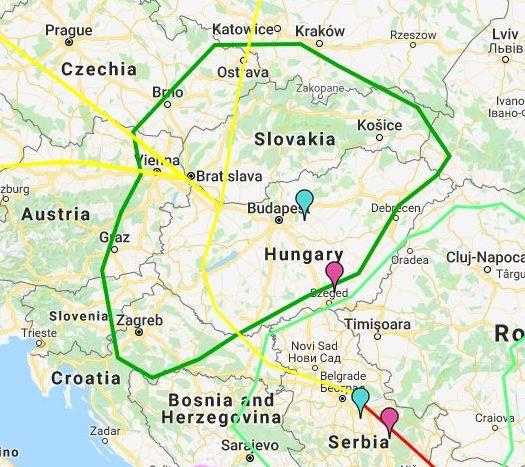 During the preparation for the workshop, these pillars of Light have appeared in Hungary: 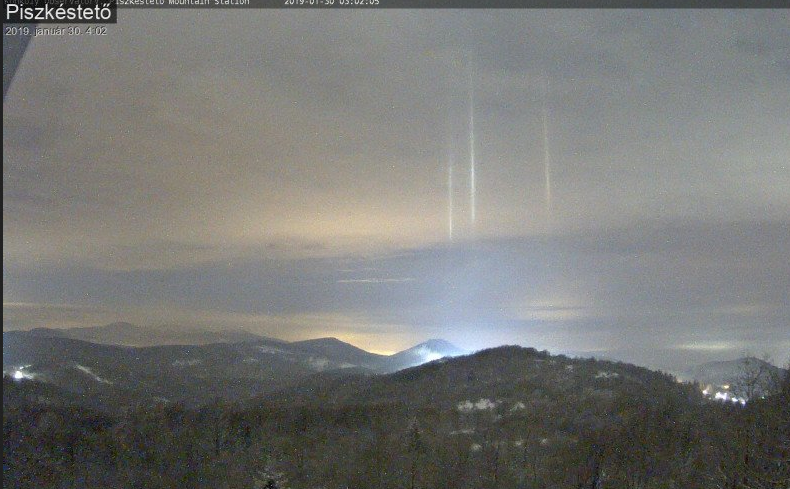