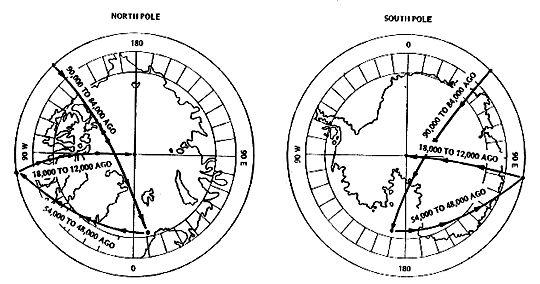 75,000 years ago and earlier, the energy gird around the planet was complete, under full control of the Ascended beings and with many sacred temples positioned around the equator. You can see the old Atlantean equator on this picture as a red line crossing South America and Africa: 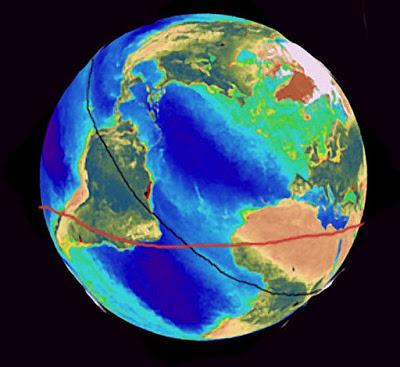 It is interesting to note that many energy vortexes around the planet are still positioned around the old Atlantean equator:

The New Atlantis project actually aligns the vortexes of the Old Atlantis with the new energy grid that is about to be completed soon.

New Atlantis is a project of the Light forces that is already ongoing for millennia. Saint Germain is one of the main beings working on this project. He has revealed parts of this project to humanity in his incarnation as Francis Bacon in a novel called New Atlantis, where he described an utopian society based on meritocracy. In his next incarnation as Comte de Saint Germain he attempted to co-create a new Society in America by assisting in the independence of the USA and by being the main spiritual force behind the Constitution.

Here is a very good article about the past developments of the New Atlantis project that is a must read for everyone interested in New Atlantis, as it puts many occult doctrines in the right perspective:

Here I have to add that Comte de Saint Germain has formed a secret mystery school in Paris in 1775 that was the hidden hand behind the independence of the USA.

That mystery school was comprised of members of the Brotherhood of the Star that have then joined three main positive masonic lodges in Paris, influencing their members and thus consequently the global course of events.

One group joined the Les Neuf Soeurs masonic lodge in Paris and through Benjamin Franklin, who was a member of that masonic lodge, influenced the creation of the United States:

The second group joined the Philalethes masonic lodge in Paris, through which the Brotherhood of the Star tried to disseminate true occult knowledge. The occult knowledge from that lodge is the source of a vast portion of modern Western spirituality and occultism:

The third group joined the Cagliostro's Isis lodge in Paris. That lodge is the main source of Isiac mysteries that were later fragmentarily preserved in some Memphis Misraim lodges.

Cagliostro was one of the very few people on the surface of the planet that had an understanding of a certain aspect of mysteries of Isis that must remain veiled for now. Nothing more can be said about that matter before the Event.

Now Comte de Saint Germain has asked me to assist him in completion of the New Atlantis project. The planetary energy grid of New Atlantis is namely the energy tool that will manifest the Compression Breakthrough, the Event and the New Society.

Cintamani grid around the planet is one of the major tools in manifesting that aim. Whenever a Cintamani stone is planted in the soil somewhere around the planet, a huge angelic being is anchored in that spot, creating an energy vortex miles in diameter: 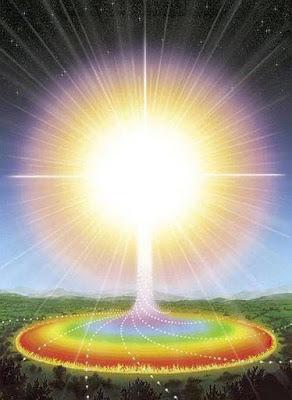 When the critical mass of those angelic beings are anchored around the planet, the head of the Yaldabouth entity will begin to dissolve.

Needless to say, the Cathars have received their Cintmanis from the Templars who have received their first specimen from Hubertus Koch from Untersberg. He has received the stone directly from goddess Isais ( an aspect of Isis) at Nineveh near Mosul in Iraq. Nineveh is one of the most important Goddess vortexes on the planet:

It is not a coincidence that Daesh wants to destroy it:

It all boils down to the battle for the energy grid. And here, Light will be victorious and New Atlantis will shine as never before.